Dame Jenni Murray: A History of Britain in 21 Women

Dame Jenni’s talk is a polite yet passionate fingers up to history’s attempts to silence women, on the very week Millicent Fawcett’s statue was unveiled on parliament square.

Jenni began writing her a book ‘A History of Britain in 21 Women’ in 2015 after learning that the women’s movement might be erased from the A level history curriculum.

Her lecture is a whirlwind tour of some of the books more colourful characters – from Boadicea to the Iron Lady, Elizabeth I to Ethel Smith, featuring personal anecdotes (interviewing Thatcher after her deposition) and offering fascinating insight into some of suffrage’s lesser known stories (suffragette cricket lessons for more accomplished brick throwing). 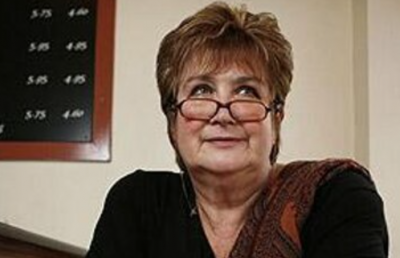 Jenni is a journalist and broadcaster who has graced our airwaves since 1987 as the presenter of Woman’s Hour. She is the author of several books, most recently ‘A History of Britain in 21 Women’, an enthralling insight into our history through the eyes of the visionary and trailblazing women. Aptly timed for the centenary of women’s suffrage, Jenni joins us to share stories of some of those who refused to succumb to laws of society and whose lives continue to embody hope and change today.