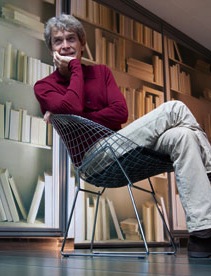 Sir John Hegarty can only be described as a legend of the advertising world. Over several decades he has been at the forefront of the creative advertising industry, founding BBH, an agency that’s won every accolade and creative award under the sun. He introduced the British to the phrase ‘Vorsprung durch Technik’, brought us ‘The Lynx Effect’ and created a puppet called ‘Flat Eric’ who, in turn, sold a LOT of denim. With offices across the globe, each piled high with pencils, Lions, and even an honorary doctorate or two.