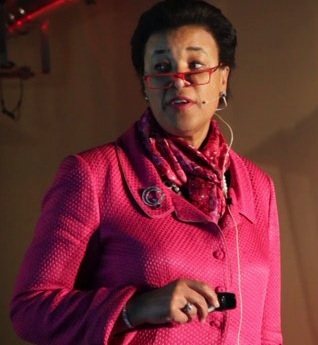 The Rt. Hon. Baroness Scotland of Asthal is something of a trailblazer: the first black woman to be made a QC, then a government minister and perhaps most notably the first black female Attorney General in the post’s 700 year history. She’s a labour peer and an outspoken campaigner on equality for women, ethnic minorities and gay people. She is also founder of The Global Foundation for the Elimination of Domestic Violence a charity that aims to end domestic violence in all its forms.