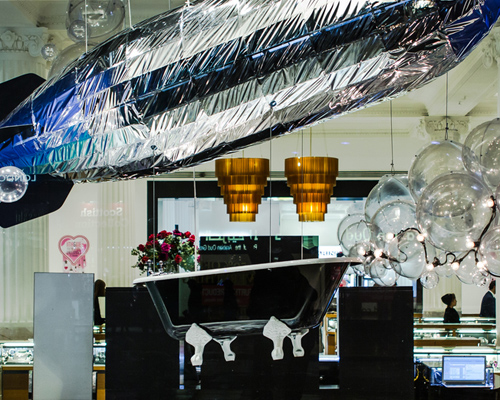 Following the huge success of our July event in the iconic ‘Selfridges Hotel’ Selfridges & Co invited Lost Lectures to partner with them to deliver the ‘Festival of Imagination’ – a marketing campaign which aimed to celebrate the power of imagination and position Selfridges as champions of imaginative thinking.

Lost Lectures were commissioned to design and create a Selfridges window as part of the campaign . Our winning entry ‘A Place to Think’ appeared on Oxford Street for 2 months over this period.

The event series sold out within several hours of launch (an unprecedented achievement among the campaign partners) enabling Selfridges to connect with a new community of thought leaders and early adopters in the London area. The campaign generated extensive press in design publications (Wallpaper, Elle UK), generated significant engagement across social media. The window meanwhile, was seen by over 2M shoppers over the campaign period.