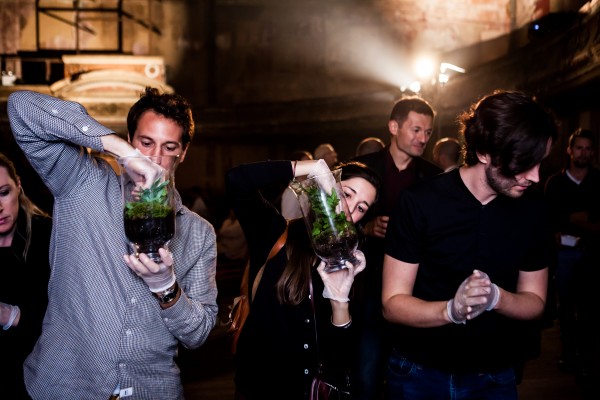 NotontheHighstreet.com and The Lost Lectures had flirted for a short time over their shared admiration for the ‘less ordinary’. The time had come to create something truly incredible together that brought this philosophy to life in a unique and immersive way.

Not on the Highstreet partnered with LL to support ‘The Lost Act’ at the jaw-dropping Alexandra Palace Theatre (which we opened to the public for the first time in 65 years). Rather than a traditional sponsorship, we created an integrated experience befitting of a company as creative as NOTHS. Borrowing from the wide and eclectic range of creative partners, we engaged audiences by bringing the Lost Victorian art of terrarium making to the event, allowing guests to walk away with a unique physical product. NOTHS receiving named credit at the event, on all associated online content as well as livestreamed the event to thousands of LL and NOTHS followers.

The Lost Act was a huge success, allowing NOTHS to connect with new audiences in an immersive and playful setting. The association generated wide reaching media interest and was watched live by over 2K people. Since the event, the co-branded content has generated tens of thousands of views and we continue to work with NOTHS on providing interesting content (both real-world and digital) for internal events, their website and blog.