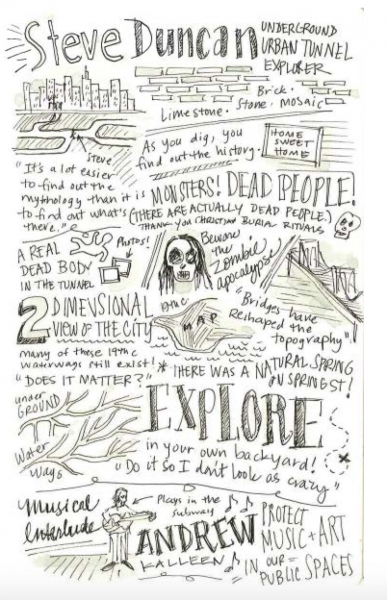 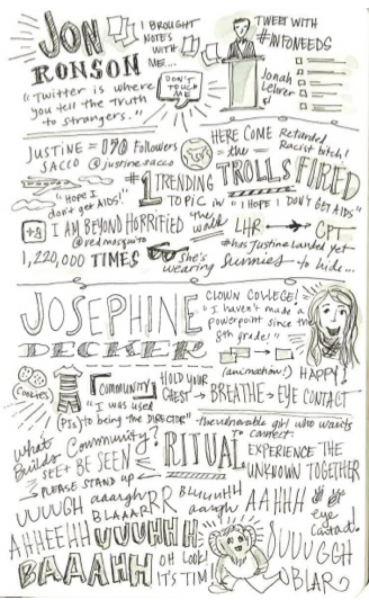 Moleskine wanted to document some of the most interesting events, conferences and festivals around the World and document them on the ivory paper of a Moleskine notebook.

The first ever episode of the ‘Covered by Moleskine’ series: a classic medium revisited. Moleskine sent their visual correspondent (Lori Rochmond) to attend The Lost Lectures in New York and document the entire event through illustrations. She described the people they met, what she saw and felt through a combination of drawing and writing – then digitized to share across Moleskine and media partner channels.

Sketches were posted live on social, making Lost Lectures in New York probably the first secret event to be live-broadcast on a Moleskine notebook. Since they didn’t like showing up empty-handed, Moleskine printed an exclusive batch of Custom Edition notebooks dedicated to The Lost Lectures, for the first 100 attendees to arrive. Needless to say, they were gone fairly quickly. The activation received incredible feedback via social media as well as extensive reach via the LostNY hashtag. News of the activation was featured in Event Magazine.