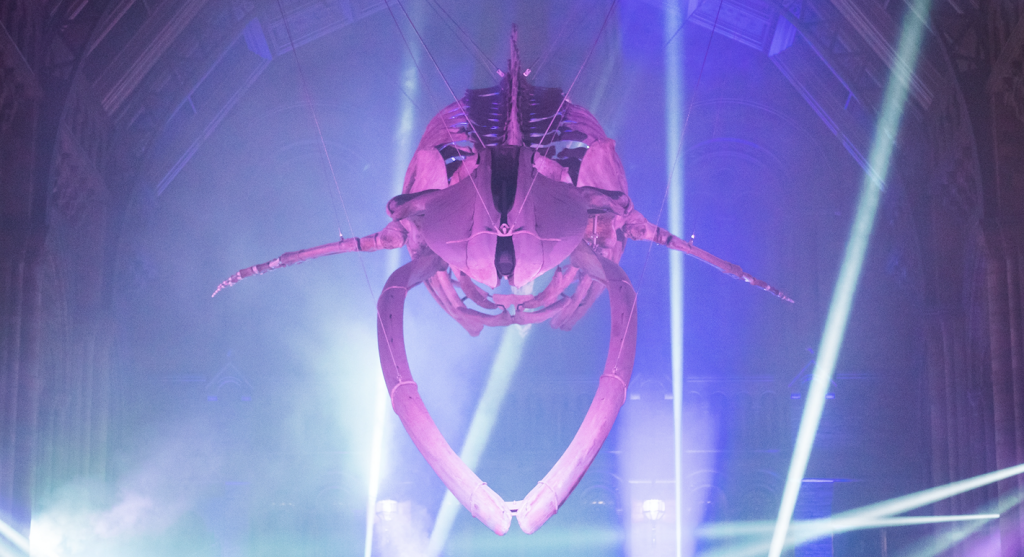 It’s with palaeolithic pleasure that we announce a one-off collaboration with the Natural History Museum as part of Emerge Festival on 28 September 2019.

‘Lost in the Museum’ will be a nomadic lecture experience spanning the museum’s many iconic rooms, after hours.  We’re presenting an array of interactive talks and performances under the theme ‘life and death’. ‘Lost in the Museum’ will be followed by drinks and live DJ set from the mercury-nominated Jungle in the iconic Hintze Hall,  under the ever watchful gaze of ‘Hope’ the blue whale.

The Lost Lectures – NHM collaboration forms part of the wider ‘Emerge Festival’ a creative kaleidoscope of events across 11 London boroughs, on Friday 27 and Saturday 28 Sept, where a day ticket gives you amazing access to the full suite of museums, galleries, historic houses and visual arts venues, as well as some of the best breakthrough artists and thinkers in town.

‘Lost in the Museum’ on the eve of 28 September, will be an eclectic affair with many prominent speakers and artists joining forces: here’s a little taster of what to expect…

An interactive adventure where neuroscientist Dr. Saloni Krishnan and world champion beatboxer Bellatrix join forces to take us on the sonic story of the evolution of sound in the natural world, culminating in a bone-shaking beatbox performance underneath a stegosaurus skeleton.

An experimental and interactive piece called ‘Evolution Disco’ taking place in Charles Darwin’s spirit collection (where he keeps all his preserved specimens). An insane yet brilliant piece written by comedian and writer Helen Arney that will take audiences through some of evolution’s strangest anomalies.

Talks will run from 19.00 until 21.30 while ‘Jungle’ will be performing their set until 11.30pm. Be sure to arrive early as the capacity of each talk is limited and will be allocated on a first come, first served basis.

Image Credit: © The Trustees of the Natural History Museum